The Truth About Email Disclaimers 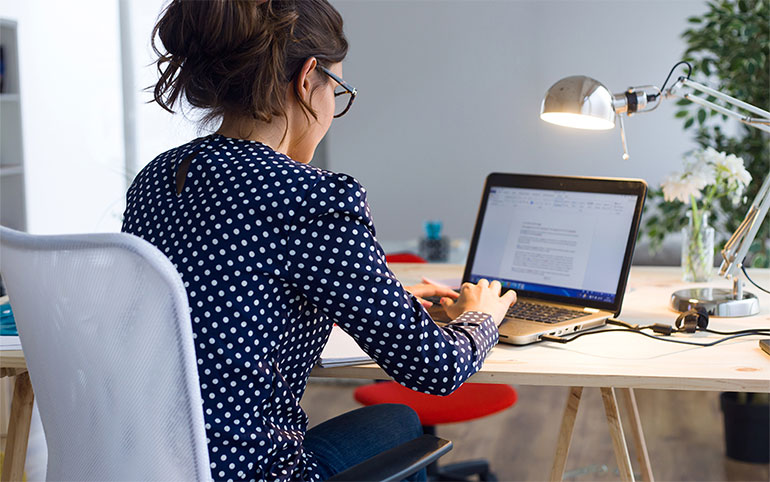 Email disclaimers are a touchy subject among some attorneys, and not without good reason. Many legal professionals are terrified to send emails without a lengthy disclaimer, feeling that they may open themselves up to harm unless they include one.

But what exactly do email disclaimers accomplish? Would an email subject line or footer ever hold up in court, if the sender was accused of violating attorney/client privileges?

Probably not. Now, let’s talk about why.

Where Do Email Disclaimers Come From?

Once upon a time, in a land far far away, lawyers used a magical contraption called a facsimile machine — otherwise known as a fax machine — to send their documents and correspondence. Like all technology, the fax machine was subject to user error, and faxes were often misdelivered.

To counteract misdelivery, the first page of every fax became a cover sheet. This sheet would name the intended recipient and provide instructions about what to do if the recipient was not the intended party. Usually, these pages came complete with threatening legal jargon about what would happen should these instructions be ignored.

Enter the internet and email. While digital communications are faster and easier than faxing, email can also easily be misdelivered. Wanting to be better safe than sorry, lawyers have started adding their old fax cover sheets as disclaimers at the bottom of every email.

And it’s about that simple. This new concern over email disclaimers isn’t really new — it’s just an extension of an old way of thinking.

Email disclaimers rely on contract law to protect the sender and bind the recipient to the disclaimer. Ryan Calo, at the Center for Internet and Society at Stanford Law School, says:

“In most circumstances, they would not be legally binding. What the disclaimers are trying to do is establish an agreement between the sender and its recipient that gives rise to a duty of nondisclosure. That’s just like any other contract. Both parties have to agree to the terms of agreement. There’s nothing in the act of simply receiving a message that would give rise to an agreement to keep the contents secret. The net effect most of the time is just to put you on notice.”

Less than 10% of recipients who receive emails with disclaimers even read them. When attorney James Sinclair discovered this, he wrote a new, comically genius email disclaimer and automatically attached it to all his emails. He reports that no one ever noticed, and he eventually published the email in McSweeney’s magazine. Read it if you want a good laugh.

And what about non-legal emails that you routinely send from your office? Do you really need that automatic disclaimer included when you email your significant other, when you place an online order, or when you email a cat video to your co-workers?

No. In fact, automatically including your disclaimer in every email will hurt its validity.

James Merklinger, vice president of the Association of Corporate Counsel, says “It gets harder and harder to argue you have a system in place to keep information confidential, but then you have your order from [Mexican restaurant] Chipotle marked as privileged, so no one will take you seriously.” Further, Merklinger says, “It’s ridiculous to include disclaimers at the end of an email instead of at the beginning, since recipients will read the text long before they get to the disclaimer below.”

When it comes down to it, the majority agrees; legally, email disclaimers are pretty pointless. They fail to create a valid contract between sender and recipient. They are generally untested and unimpressive in court; they are too long; they are overused; and worst yet — no one reads them.

Some lawyers still feel disclaimers provide them with extra security, but others have abandoned them all together. The only positive aspect of an email disclaimer is that it might be read by the recipient, and the recipient might adhere to the terms listed therein — which isn’t saying a lot.

If you do choose to use email disclaimers, use them sparingly, and place them at the beginning of your emails rather than the end. This way, recipients will actually see the disclaimer, and might pay more attention to it than they would otherwise.

What To Do Instead of Relying On An Email Disclaimer

Email disclaimers have a placebo effect on lawyers; they trick us into thinking we’re safe from liability. Kick the placebo habit! Instead of relying on email disclaimers, just take these three precautions:

Taking these actions shows that you’re doing your utmost to protect your client and avoid malpractice, which will go a lot farther in court than an email disclaimer ever could.

Take the case of Charm v. Kohn for example; a client accidentally used the reply-all feature in an email, which revealed confidential information to the opposing counsel. The client’s attorney immediately emailed all parties explaining the mistake and called the opposing counsel. In the discovery dispute about the misdirected confidential information, the court found that the attorney’s quick action was a sufficient attempt to protect his client and granted a motion to strike the information from record.

Stop bothering with these pointless email disclaimers. Instead, take precautions with your email communications, and be quick to correct any mistakes you or your clients might make.