The Scientific Reason Meetings Drag On Forever – and How to Fix it!

We’ve all probably experienced something like it. You plan your vacation to last two weeks. At the beginning, you relish the prospect of 14 whole days of fun and relaxation stretching out ahead of you. You excitedly dive into activities and excursions. You take ample time to relax, nap and laze around. Toward the end of the vacation, no matter how long it lasted, you begin to dread the impending end of your precious holiday. Did you do all the activities you had planned, or are you aching for your own bed? For most of us, no matter how long the vacation is, there’s always something more that could be done. That’s why most of us plan a “recovery” day after the vacation.

It turns out that the same phenomenon that operates in our leisure time operates in our work time as well. At the end of a project, it always seems that the work required was well-suited to the amount of time allotted – even if, to be real, much of it was crammed into the final days and hours. If you budget 4 hours for a task, that task will take 4 hours.

What is Parkinson’s Law?

In a 1955 essay in The Economist, Cyril Northcote Parkinson popularized the adage that “work expands so as to fill the time available for its completion.” What became known as Parkinson’s Law spun off a host of corollaries, the best known of which states, “If you wait until the last minute, it only takes a minute to do.”

If you wait until the last minute, it only takes a minute to do.

1.) Don’t double your work time estimates – cut them in half!

We’ve talked in previous posts about the dangers of multi-tasking and the importance of discarding our culturally-ingrained worship of the distracting, stress-inducing practice.  Deliberate application of Parkinson’s Law can help eradicate our propensity for multi-tasking. 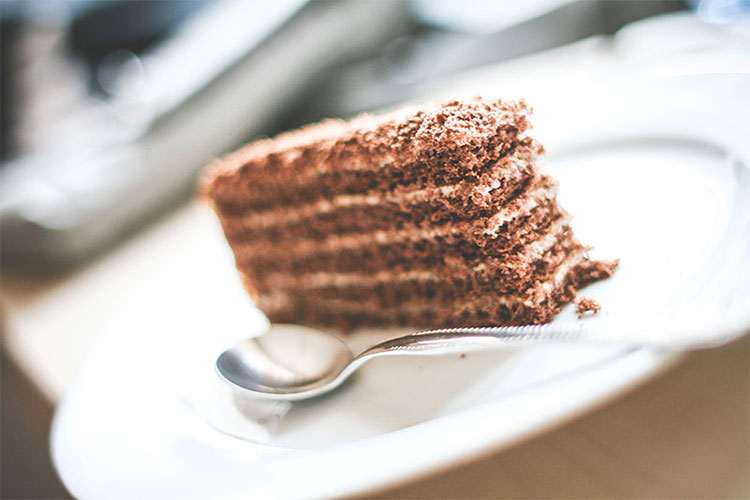 Think of it this way: you know you’re going to eat all the cake on your plate… So take smaller slices.

When budgeting time for a project, instead of guessing how long it might take and then doubling that amount of time – as we are often led to believe we should do, guess how long it might take for the project then cut that time estimate in half! Parkinson’s Law assures us that halving the time will not diminish our chances of completion one bit. We can use the momentum that the reduced time allotment forces on us to prevent us from multi-tasking. The quicker pace of work forces us to focus on the task at hand. Multi-tasking becomes nearly impossible. The ring of a telephone is easier to ignore and that Facebook icon at the top of the browser is far less tempting. We complete our work faster, with fewer distractions and less stress.

2.) Don’t give meetings any more time than they’re worth.

According to a survey performed by the software firm Clarizen in cooperation with Harris Poll, the average American office worker spends more than nine hours every week preparing for or attending project update meetings – an increase of nearly 14 percent from four years prior.  Poorly run meetings can erode employee engagement and seriously undermine a company’s ability to make timely decisions.

Meetings typically last longer than they need to because most managers don’t understand Parkinson’s Law, according to Steven Rogelberg, who teaches industrial and organizational psychology at the University of North Carolina at Charlotte. But, “given the same agenda,” Rogelberg says, “they give the group half as much time … and lo and behold, when they’re given half as much time at the onset, they finish in half as much time! And the quality of the meeting is just as good.”

Giving yourself half the time to do something as you think can be a secret weapon in your toolbox of ways to become a more effective firm.