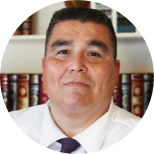 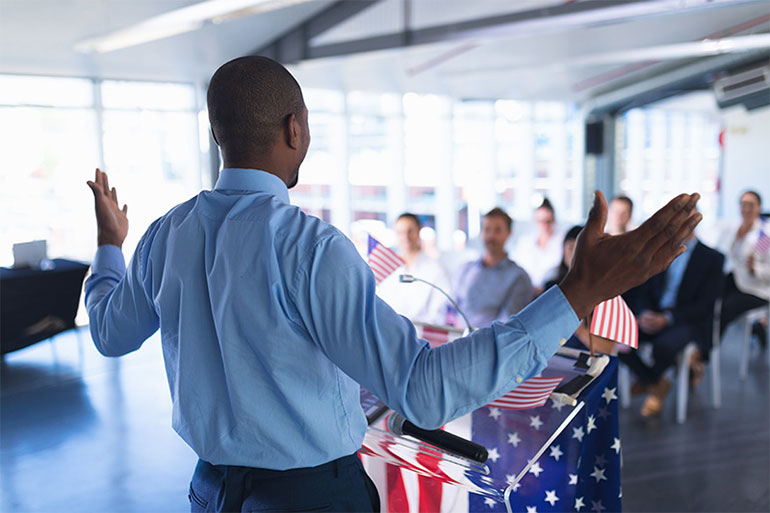 Jesse “Big Daddy” Unruh, whom President Lyndon B. Johnson called “one of the most selfish men I’ve ever met in public service,” coined the phrase “Money is the mother’s milk of politics.” This pithy apothegm has never been truer than today.

The largest chunk, $1.5 billion, came from political action committees (PACs) and other groups in support of one candidate or another. Aggregate spending for congressional and presidential races in 2016 surpassed $6.5 billion.

Why are individuals and organizations willing to spend such large sums to get their guy or girl into office? Because everyone understands that when a large donor calls, officeholders pick up the phone. Sadly, money talks and our “guardians of the public trust” usually push legislation favoring moneyed special interests. While we wish it were not so, it’s something we’ve resigned ourselves to.

Attempts to tap-the-brakes of unlimited expenditures on behalf of candidates ended in 2010 when the Supreme Court decided Citizen’s United v. Federal Election Commission. In a 5-4 decision, the Justices found that the First Amendment’s free-speech clause prohibited the government from restricting expenditures for political communications by profit and non-profit organizations, unions, and other associations as long as such organizations did not coordinate their spending with campaigns.

Unfortunately, this flood of money isn’t just pouring into national-level races. It’s increasingly splashing into state and local contests, especially when a judicial seat is up for grabs.

Many experts fear that this deluge of money is undermining the integrity of our state courts, institutions that are supposed to dispense equal justice regardless of one’s wealth, fame, or connections.

When it comes to a state supreme court seat, the number of donations and expenditures skyrocket. During the 2015-16 election cycle, nationwide spending for such seats exceeded $70 million.

It’s not just the amount of money being raised and spent that set-off alarms, but the fact that 40 percent — $28 million — of donations and expenditures came from undisclosed sources, (aka “dark money”). These funds typically originate from super PACs and other non-party groups.

Clearly dollars affect who gets elected, but is it really a problem in judicial races? In fact, it’s a full-blown emergency when you realize how much state and local court decisions impact our lives. And there are a whole lot of cases being decided at those levels—more than one-million rulings were handed down by 30,000 such courts in 2016.

The Founders were keenly aware of the conflicts between judges and kings throughout English history, and as a result, completely rejected the concept of judicial elections. They also had first-hand experience here at home with colonial governors who typically appointed friends and relatives with little or no qualifications to the bench.

Alexander Hamilton forcefully argued that having candidates vie for the bench “threatened judicial independence and the idea of a judiciary itself.” The Sage of Monticello, Thomas Jefferson, in the Declaration of Independence, even went so far as to accuse King George III of having “made judges dependent on his Will alone, for the tenure of their offices, and the amount and payment of their salaries.”

Our Founders opted for a simple and ingenious method for selecting federal judges: appointment by the executive and confirmation by the legislature. Judges were to be insulated from political influence by lifetime appointment, but with the possibility of impeachment for bad behavior.

Each of the original thirteen states closely followed the federal idea when appointing state-level judges. Not one permitted judicial election.

Over time the idea of judges being accountable to the public spread. In 1832, Mississippi amended its constitution and became the first state to mandate all state judges to be elected. At the start of the Civil War, twenty-four of thirty-four states had elected judiciaries. Between 1846 and up until 1959 when Alaska joined, each state that came into the union permitted the election of some, if not all, of their judges.

The Founders built better then they knew and when states ignored their experience and historical knowledge found themselves dealing with a new set of problems; political fights for the bench invariably led to partisan discord and domination of races by political parties, leading in turn to corruption of the process in general and to too many judges in particular.

Currently, thirty-nine states elect some or all of their judges. Each election cycle sees increasing amounts of cash contributed and spent on behalf of candidates. Much of that money is coming from attorneys and other organizations who are arguably seeking to place candidates on the bench with ideologically similar views and beliefs—the hope is that the judges will hand down rulings favorable to the donor’s position in future legal actions.

Examples of such behavior include defense attorneys donating to candidates with lenient views on sentencing and prosecutors supporting candidates perceived to be hard on crime.

There is significant evidence that judges are aware of donations and in some instances arguably swayed. In 2013, Wisconsin’s Center for Investigative Journalism found that $1,500 or more donated to Chief Justice Shirley Abrahamson gave a party a 71 percent chance of obtaining the desired result.

Perhaps the most flagrant giving to get a ruling occurred in Virginia in 2009. In a suit involving Massey Energy, the company’s CEO donated $3 million to a judge’s reelection race. On appeal, the U.S. Supreme Court found that a West Virginia high-court justice should have recused himself because the appearance of a conflict of interest was so “extreme” as to violate the plaintiff’s right to due process.

Is There a Right Amount to Donate?

Regardless of what outsiders say, attorneys are human and therefore the First Amendment protects their right to donate to judicial candidates.

However, each state sets limits on the amounts and timing of donations. California is fairly restrictive: judges must disclose all contributions from parties and attorneys that appear in cases before them and are disqualified from suits involving an attorney or party that has donated more than $1,500 to them within the prior six years. Idaho is more generous, permitting donations to a candidate of up to $5,000. Missouri has no limit on donations to a judicial candidate.

According to the American Bar Association’s Model Code of Judicial Conduct, Rule 2.11, the onus of a donation’s appropriateness is on the judge. If a judge’s “impartiality might reasonably be questioned,” the judge has an obligation to disqualify themselves from cases involving donors.

The best course to follow for an attorney donating to a judicial candidate is to adhere to state limits.

Because every licensed attorney takes an oath to follow the ethical rules of the jurisdiction in which they are licensed, perhaps they should pause before donating to a candidate and ponder its purpose: is it because they believe the individual will make a good judge upholding the law fairly and honestly, or are they hoping to put a judge on the bench who is favorable to their point of view?