How case management technology can increase the speed of justice 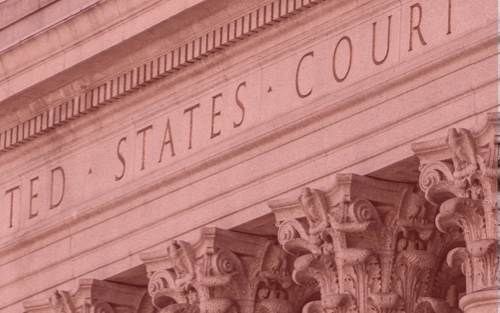 They’ve been called “staggering,” “insurmountable,” “monolithic.” Massive case backlogs, across many legal areas, have hit every state in the country.

The backlogs don’t all originate from the same cause. While some sprouted up when courts closed in response to the pandemic, others predate COVID. Perhaps the direst backlog—a pile-up of over 1.3 million cases in immigration court—is more easily attributable to Trump-era policies that pushed many more cases into court and stripped judges of the ability to manage their caseloads by closing or terminating cases administratively.

While cases are on hold, people have to stay in jail longer, bad actors continue acting badly, witnesses and plaintiffs pass away, and all parties live in a kind of legal limbo. There’s a reason they say that justice delayed is justice denied.

This isn’t just a problem for judges. The California state bar has been making headlines for its backlog of unresolved disciplinary cases, which grew 90% between 2015 and 2020. Regulatory delays like this allow incompetent and exploitative lawyers to continue harming their clients.

What can be done to beat the backlog and bring timely and effective remedies? Here are several techniques that forward-thinking jurisdictions are trying:

When everyone uses a different process or technology to manage their workflow, time is wasted. But when the entire team can agree on a unified process, additional timesaving techniques become possible.

A unified case management system cuts out redundant data entry. But beyond that, it allows staff to take care of routine administrative issues, freeing up judges to focus their attention on adjudication.

Automation opens up even more doors. For example, when one team in New York City experimented with sending out automated text notifications before court appearances, they helped an estimated 30,000 people avoid search warrants and deal with their cases in a timely manner.

Other jurisdictions are exploring new scheduling tools. Court staff members traditionally spend a significant amount of time going back and forth with parties to find a hearing time that works for all. But a system developed by the Eleventh Judicial Court of Florida (Miami-Dade County) allows the parties to schedule case events themselves. This expedites the process and frees up court staff to see to other issues.

Centralized workflows can also rely on standardized checklists more. Many court hearings begin only to immediately discover that one or both parties aren’t ready yet. Clear checklists can help courts see if cases are ready to move forward or need to be rescheduled—before the hearing begins.

Many court documents are confusing and unnecessarily complex. In situations where parties often represent themselves, this leads to hiccups that result in more wasted time and unnecessary work for judges (not to mention poor outcomes for the parties involved).

Simple changes can help, such as replacing all legalese with plain language and redesigning forms to make vital information more eye-catching.

Texas has allowed for cases to go before ‘special judges,’ retired judges who will be dedicated solely to that case. Since this case is the judge’s sole focus, parties don’t have to worry about being bumped to later on the schedule. And unlike arbitration, parties have the same appeal rights they’d have with a bench trial.

Many cases can be resolved early on in the process before courts have received a heavy workload of filed documents. To encourage this to happen, some jurisdictions require parties to meet in good faith and to talk about the issue in a substantive and meaningful way before the judge gets more deeply involved.

COVID-19 concerns have given jury trials long delays. Some locations have moved jury trials to large ballrooms or other locations where members can have adequate social distancing space. Others are calling for virtual jury trials, though this raises a number of constitutional and logistical questions.

Some parties have sought speedier justice by looking to bench trials instead, where judges act as juries. This process also lends itself much easier to virtual proceedings.

Some backlogs may only be resolved by policy changes. This is most clear in the push for a return to an older immigration court policy, which allowed judges to close or terminate low-priority cases. With the ability to manage their caseloads, they could give important cases the attention they deserve.

Policy-creating special courts can also cut down on court dockets. Many courts find themselves with a heavy load of small offenses from people who are living on the streets. The offenses are the sort that is hard for homeless people to avoid, such as loitering, blocking sidewalks, and public intoxication.

Rather than bogging down the regular courthouse with these constant, recurring cases, some jurisdictions have created an alternative court to address homeless issues. By focusing on ways to get people into stable housing—rather than further criminalization of the homeless population—these jurisdictions make space in their court docket for more important matters.

The size of court backlogs across the country is intimidating. But at the same time, we’re developing new tools and techniques to improve the process for both the courts and the involved parties.

Since backlog problems predate the pandemic, experts are looking for solutions that can also help for the long haul. As new technology, behavioral nudges, and innovative policies are found successful, courts should remain open to altering their process to provide a fair and speedy trial to all.